One of the largest cities in the world, Istanbul holds treasures to suit even the “seen-it-all” student traveler.

A glance at the skyline, rising gracefully above the Golden Horn harbor, reveals the layers of Istanbul’s history. Minarets and domed mosques fill the panorama, next to Greek towers and Roman columns. In the harbor, modern catamarans ferry locals and visitors. With etr Program Director leading the way, students will delve into centuries past to discover the culture and commerce that have kept Istanbul humming.

As one of the largest cities in the world, Istanbul holds treasures to suit even the “seen-it-all” student traveler. The Istanbul Archeology Museum boasts a dazzling array of artifacts from the pre-Christian as well as the Byzantine and Ottoman eras. The Kariye Museum features 50 mosaic panels that, according to scholars, represent the finest display of Byzantine art in the world. Those in search of modern masterpieces will find plenty to admire at the Istanbul Modern Museum, which opened in 2005.

The Aya Sofya, built in 537, provides a window onto the changing history of Istanbul. Commissioned to be a grand church by the Emperor Justinian, it was transformed into a mosque in the 15th century. The enormous dome—more than 100 feet across—is astounding, with gold tiles gleaming like faraway stars at the top. Our imperial adventures continue at the famed Blue Mosque, commissioned for Sultan Ahmet I in the early 17th century. The gorgeous tiles and stained-glass windows once proclaimed the eminence and wealth of the sultan, and continue to awe visitors and the faithful who come here to pray.

In Istanbul, even a shopping trip takes us back in time. We’ll haggle for souvenirs at the Grand Bazaar, one of the oldest covered markets in the world. With more than 4,000 shops covering a span of nearly 60 streets, there’s sure to be something for everyone. We’ll also learn the secrets of local cuisine, attempt to understand the strategies (and luck) of traditional backgammon and learn traditional Turkish folk dances. 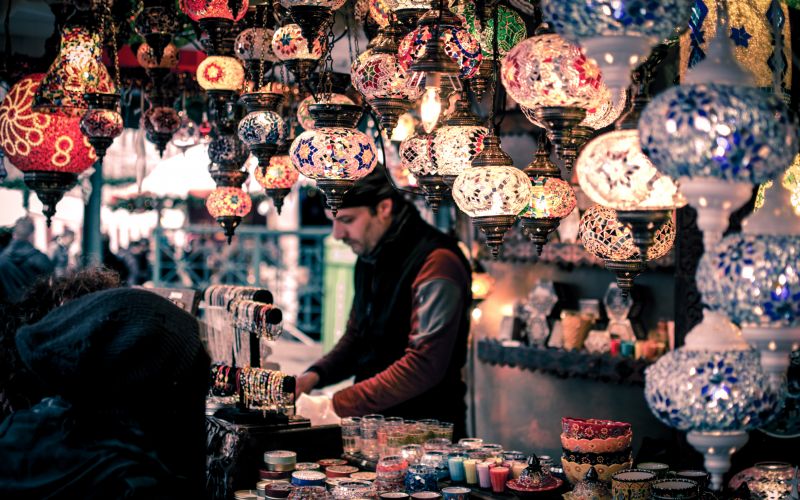 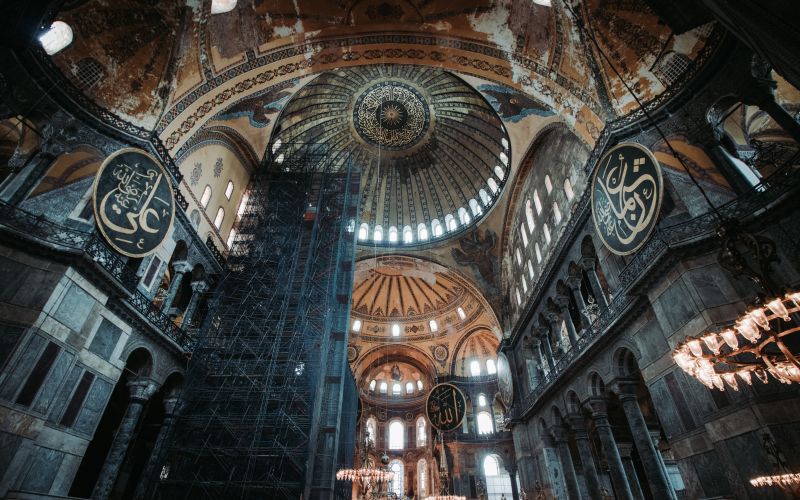 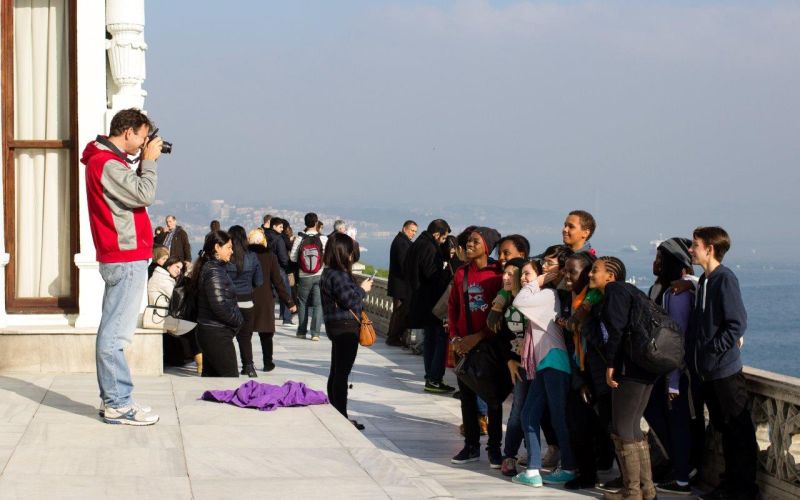 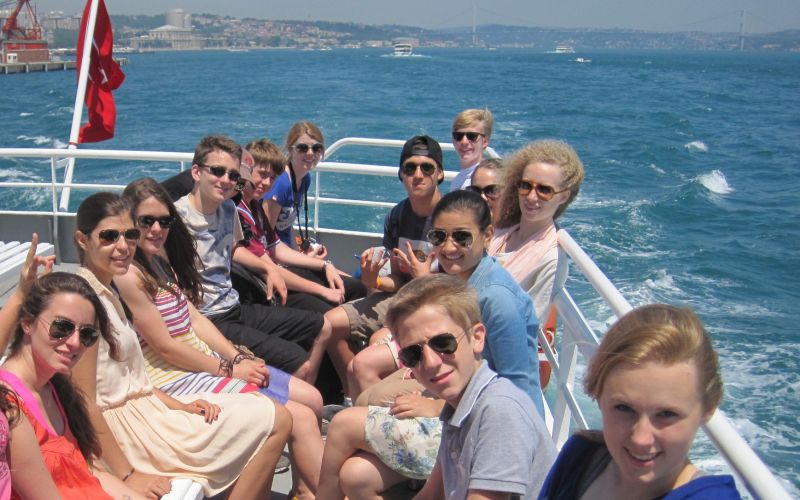 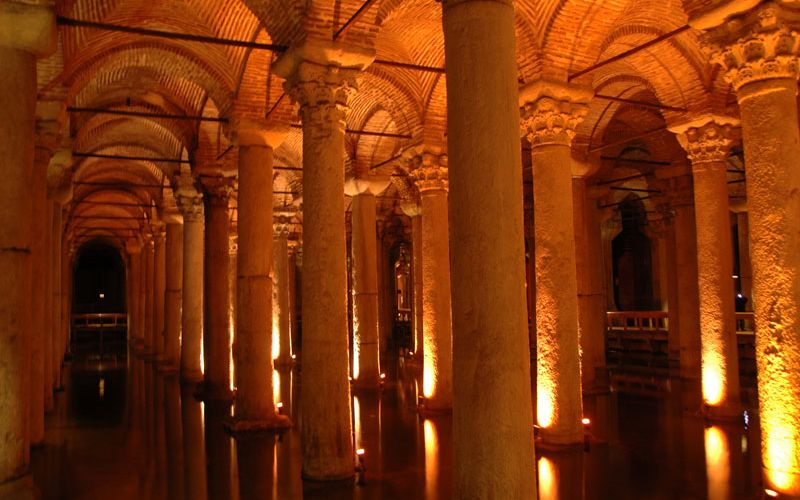 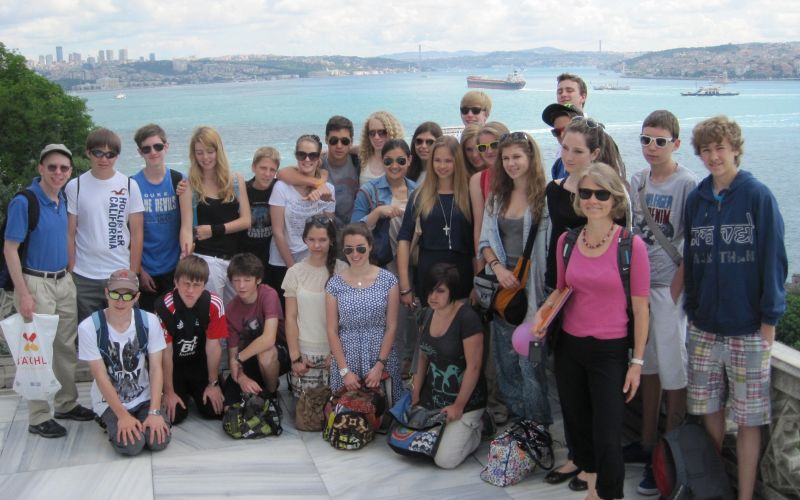 Over the centuries, changing powers gave this city different names: first Byzantium, then Constantinople, and finally Istanbul. Call it what you will, but we at etr prefer a simple adjective: magical.

We create engaging Istanbul itineraries, fully customized to meet your requirements. Drop us a line! 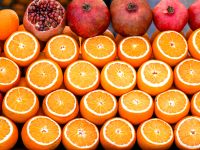 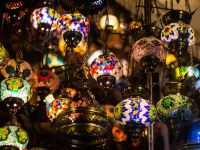 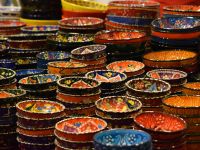